The Destiny of Extinction 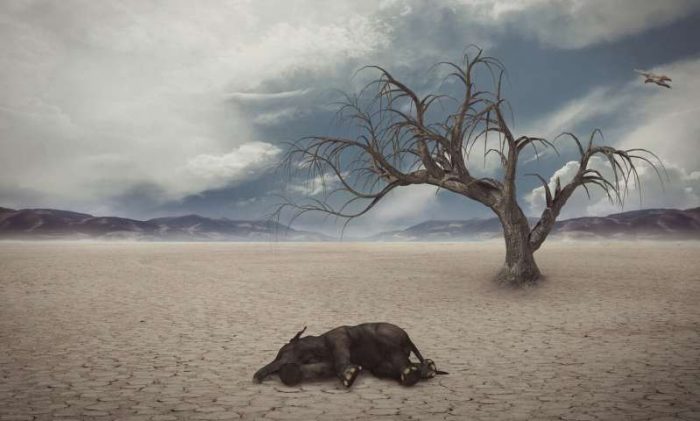 The battle between the human race and global wildlife has been increasingly difficult in the lens of preservation. In many efforts to combat the permanent loss of a species, many individual and governmental actions have taken measures to exhaust such disastrous possibilities.

Popular Wildlife Biologist Forrest Galante specializes in studying the conditions of animals. Being brought up into a life within the jungles of Zimbabwe, he’s become almost incessant in finding new life. His diverse background in visiting highly remote areas–like the Amazon rainforest and remote Columbia/Panama–haven’t only been because of the natives, but because of his findings.

Galante is most credible in revealing the “de-extinction” of many animals, some of which he came into contact with: the Fernandina Island Galapagos Tortoise (presumed extinct 1906), the infamous African Cape Lion (presumed extinct within 19th century), and the reemergence of the Pondicherry Shark (last seen ~1979).

These findings reserve credibility on the part of both Galante and his team, as their mission to find and restore wildlife activity is imperative, to say the least. Their efforts have shown that no matter the weight human activity puts on the species, there is always an impetus to re-introduce such lost wildlife. Galante further expressed his concerns with hunting, and how it’s a great strategy to “naturally control the population.”

How is it that people may find a balance between hunting and wildlife conservation? A prime example would be the overpopulation of a specific animal, like deer or fauna, which is subject to a viable, public environment where one is able to hunt. This, of course, would be a controlled and supervised area. Organizations like the NSSF (National Shooting Sports Foundation) overlook the appropriate areas where an individual may hunt for sport, often placing limits on prey.

Countries, however, also leave their respective marks on preserving wildlife. International agreements currently set the status for how people are legally bound to their hunting obligations.

Signed by the U.S. in 1946, the International Whaling Commission (IWC) is an example of promoting a standard for how human activity should impact animals. With over 88 current members, nations across the globe are regulating and federalizing their work on how to deal with overkilling whales. Other organizations–both national and global–similar to the IWC are always taking an initiative to move forward towards a conservationist ecosystem where the Earth’s animals may survive.

It has always been an ongoing struggle to find a balance between wildlife preservation and game. Humans have impacted animals far longer and wider than ever anticipated, and people are banding together to reinstate close to extinct species. As a civilization, together the questions will be answered. It is through the realization first that one can take a stand, that one can convey the issue onto others and save another tiger or shark or polar bear that’s suffering from human domination.

Growth in the Face of Adversity