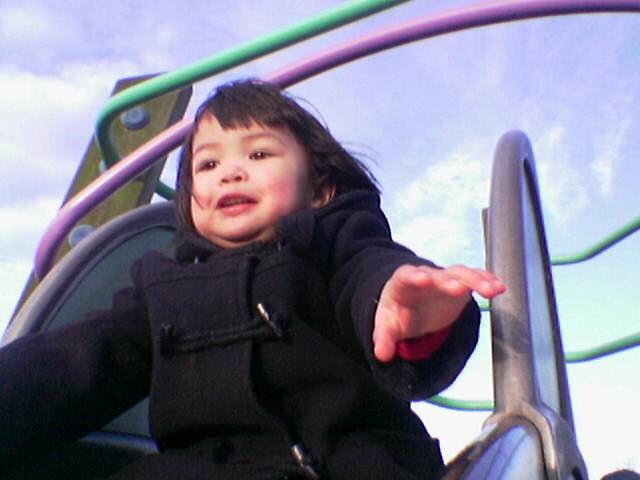 Say you, a galvanized traveller, are perched upon your airplane seat on the way to the marvels of Europe. You are beyond eager, your chest buzzing. Months ago, you spontaneously bought this ticket with your bonus check. You deserve this vacation. The flight attendants are lovely goddesses of beverage. Try as you might, you do not sleep.

Back home, before your epiphany, you were ridden by roads you could navigate blind, by voices you could recognize deaf. Yes, you were safe and comfortable, with not a face unknown at the farmer’s market, but there was a persistent nagging within you. There are immense pools of culture brimming with heart and muse just right outside, with raw energy and ambition bubbling. It all awaits, accessible with no more than drive, some hard-earned cash, and a ticket. And so there you are, with your cash saved up, leg bouncing incessantly with joy, despite the glares of your seatmate. Cloud 9 is full, with you its sole occupant.

Then, promptly, a baby cries. In a matter of seconds, the honeymoon phase of the flight has ended. The wails proliferate. These flight babies add to the adventure: they cry for their chubby ears cannot comprehend the change in altitude and so they pop.

Carefully glancing over, you take an intrusive peek at the subject. The mother and father are doing the Lord’s work, consoling their snivelling little girl. The family seems to extend to two other toddlers, who are looking at their sister just as you are. What an adorable baby, you think, undoubtedly heading for renowned success. You sit back. Why would a family with three tots be heading to Europe too? They are Asian, possibly not from the area. For vacation? Museums may grant children free admission, but for children who outnumber you? They had to be moving, perhaps, but why to Holland? You politely speculate as the unquestionably adorable infant quiets down.

As it turns out, I was that delightful baby. In 2001, I was flying before I began walking. I was with my parents and three brothers (one quiet in my mother’s womb) on our way to Italy.

My mother is a diplomat, handling foreign affairs. Thus, she travels from country to country for missions, stays for a period of time, and then moves back to the Philippines to await her next mission. The missions could last for however many years, so for her, travelling is essentially her job.

Because of that, a significant chunk of my childhood was and is currently being spent in countries besides my own. People having careers that entail travelling for long periods of time often results in their children leading distinct lifestyles. The places I’ve come to call home vary, and my schools in abundance. In other words, I am amongst the world’s many third culture kids (TCKs). If the term is unfamiliar, there are innumerable articles online, ranging from case studies needling at our mental health to BuzzFeed’s 31 Signs You’re A Third Culture Kid.

When asked where I’m from, the answer is the Philippines, but if asked where I grew up, it’s the Philippines in addition to Italy and Holland. Conversations will then lead on, and I recite my memorized chant explaining how yes, I did technically grow up in Europe, but it was Holland for the first 6 years, then Philippines for the next 2, Italy for the next 5, and Philippines for 3 again. That should all add up to the grown-up sensible age of 16, and I am to spend the remaining formative bit of my teenage life here in America.

To personally expound, I have attended 8 schools, lived in 8 houses, and been to around 10 countries in a span of 16 years. I have had friends of numerous diverse nationalities including Italian, Croatian, and Bulgarian (to name a few), and met more teachers than any child would ever expect to meet. Ask any TCK family about one of their countries, and they are bound to eloquently describe their unique collective memory of it: how don’t they remember the gelato store they would always go to after school, or the park where that one kid injured his arm. Each country embodies a specific significant period of their life. Though the people do make the place, the place holds the settings for memories, the physical associations, and the attachments.

Holland provided the ideal childhood, with ample parks, peppered with bright playgrounds; defined graceful seasons, the snow clean and heavy; and a small, intimate elementary school, where the aura fostered more of a community rather than that of an institution. It was where I started playing piano. Then came Rome. A city that could leave the most arrogant man speechless, it was comfortable, alluring, and ingenious. Architecture of the yesteryears towered over roads of cobblestone and immaculate mosaic, with its rich veins of culture coiling in and throughout every fissure. I was 8 then. This time it’s a middle school, still very small, with quaint classrooms and unforgettable teachers (including Mrs. Ross, the first teacher to ever falsely accuse me of plagiarism in 6th grade). There lay my first quintessential puppy love moments and the simple who-can-run-the-fastest P.E. classes. It was here I got my first phone and where I began writing.

Alas, like Mt. Vesuvius to Pompeii, the Philippines struck. Suddenly, my ignorant wondrous view as a child changed, and self-awareness sprouted in place of oblivion. High-school and puberty and relationships and arguing with my parents because I’m mature and I’m a teenager now, Mom! I had just turned 14. Here homed the pivotal switch from child to teen, an infamous phenomenon pooling with confusion, faux enlightenment, and angst, all of which I chose to fully submerge myself in. Nurturing doting journal entries in lengths that put novellas to shame, high-school proved dense with new experiences. It was there I had my first love, immediately followed by my first heartbreak. Taking up the guitar, I had my first live performance that smoothly led to the realization that I, in fact, had crippling stage fright. The 3-year time span that somehow managed to squeeze in layers upon layers of irreplaceable light-bulb moments concluded with an abrupt flight.

The incredible individuals and familiar places I’d to leave in the Philippines still remain crisp in mind. Regardless, I am now in New Jersey, 16, with a new phone, in a new school.

Time is so, so indisputably fleeting, and the years spent in each country have all fashioned themselves into well-lit corners of my mind as evanescent wisps of memory. Because of the frequent transitions, I often think of a life with the pleasures of my very own hometown. Of a life loyal to one school from kinder to senior high, faithful to one house. To be so acquainted to the area it claims you as a local. Participating in the local gossip, and how you cannot fathom how this person is going to this college when that person’s sister’s brother is in that college, too! To really know your neighbours, and to wholeheartedly greet the new ones. To see a loved business shut down, and to see the new one set up. To fall in love with a physical setting and directly associate it with home. In short, to just stay.

If you assume being a third culture kid is rather sad, you wouldn’t be wrong. It’s irregular for a child to be settling down, then picking up their life they have known for 6 or so years, to only then settle somewhere else again for another set of years.

It is quite a demanding way of life, that more or less forces one at a young age to quickly adapt to uncomfortable change. Maintaining a tight-knit friendship over long-distance is notoriously known to be tough, and I had been trying to do so since elementary. I remember, upon returning from Holland to the Philippines, I had sustained an email chain with my friends. With the time between each email sent and received growing longer and longer, it soon faltered. Reducing the education heading on my résumés, too, proves to be an obstacle. A single page just doesn’t suffice. I have also been perceived as arrogant or stuck-up, solely for having travelled; but what the grandiose, spectacular Eiffel Tower is to us now, soaring over the dreamy City of Love, is just a very tall hunk of sharp spiky metal bits to a whiny 5 year old, who doesn’t understand why everyone keeps saying “wee.”

Nevertheless, to be fair, one soaks in volumes of intriguing variance as a TCK. I’ve witnessed teachers scold their students for holding hands, as well as teachers attend their students’ weddings. Some students have hid their phones from their teachers, while others had shared a smoking break with them. I’ve seen sights hundreds dream to gawk at, and thus cultivated an overwhelming appreciation for culture and diversity. True friends are priceless. Time is invaluable. Despite the unavoidable negative aspects that bear with every childhood, this one that has granted me with love, respect, and insight. In this school, the uniform skirt doesn’t brush against my ankles, and there are food stores and everything right by my bus stop outside. I’ve never had my own locker before either, so I see now how those kids in the shows can fit in there. I’m in a new country now, and while it’s unfamiliar, it is exactly new. Novelty breeds waves of opportunity, and there’s no harm in having a swim.

As per routine, after 6 years (the period of time my mom is assigned to work here), my family and I will be schedule to once again move back to the Philippines. Loyal, overworked suitcases, try as they might, will never retire. Their tranquil dreams of being cozily tucked away into eternal storage will remain solely as dreams, their fate enslaved by a gawky third culture kid.

This year, though, I’ll be turning 17. And the next year 18, and the next 19, and by the time the 6th year briskly rolls up, I’ll be 22. Ideally by then, life beams of independence and prosperity, with rays of financial gratification and no debt. Or at least, I can leave the house without permission. Regardless, this time, for the first time, the routine fractures, and I have the option to not get on that flight. To bid farewell to the perpetual farewells, to just stay. Frankly, being any age above the suffix -teen is in itself menacing, but to live in a place for any longer than 6 years? To settle rather than to move? It’s a change that requires no change, and the prospect is unequivocally exciting.

Until then, and after then, the delightful flight attendants will have no choice but to refill a plastic cup with apple juice every 10 minutes for someone else. The future holds a massive keychain to doors numbers cannot reach, and I anticipate travelling in ways that don’t need a booking.

How to Start the School Year Right