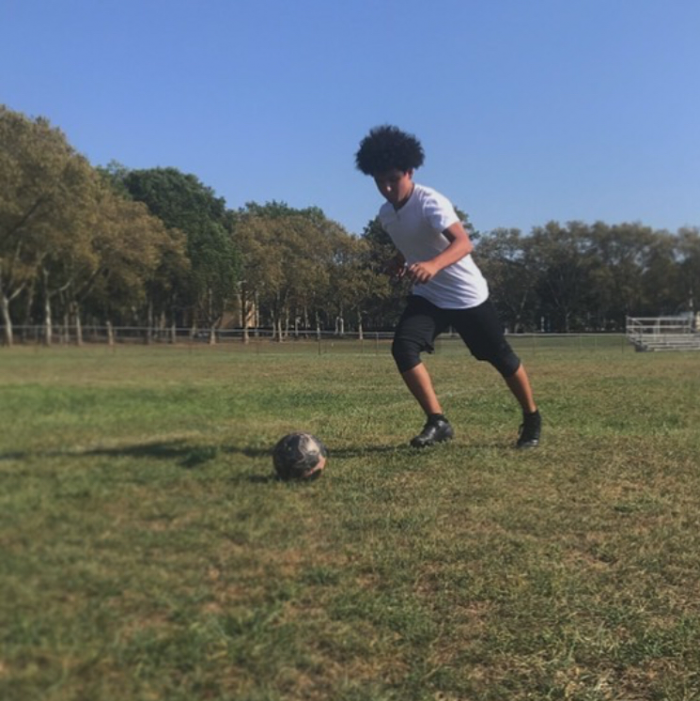 I got the chance to interview an old friend of mine, junior Luis Carrasquillo. He and I have been good friends since we were both in elementary school. After elementary, Carrasquillo and I went to another school, but somehow, some way, we saw each other again in sixth grade. We weren’t sure whether it was fate or not, but I remember walking into class first thing in the morning, and I saw him sitting down. He and I locked eyes and we just laughed.

Like I mentioned before, I got to interview him, but not in the same room. I called him and asked if he wanted to be interviewed while we play some Fifa matches, and he quickly replied with, “Hell yeah!”

I was curious to find out why he came to Hudson Catholic and he replied with an answer that was simple and sensible: “I heard the teachers were pretty good, and I live near Hudson Catholic, so I said why not, you know?”

I asked him what does he likes and dislikes about the school, and his answers were enlightening.

“I hate that we have to pay tuition and pay for lunch. The lunch isn’t even all that good. Don’t get me started on the fries,” Carrasquillo said.

He also spread some light on the positive. “I like the teachers in this school. Some teachers I will admit are pretty difficult, but that’s just how school is going to be. Mr. A understands kids our age because he just seems so chill and cool.”

Then the soccer questions started.

Soccer currently is in season, but what if it wasn’t in season? Would he ever play another sport?

“Nah, not really. When soccer isn’t in season, that just gives me more time to train myself [for] whenever it does come back. Some people like to slack off a bit, and that’s cool, but I played soccer ever since I was a kid so I don’t really know how to play any other sport that well. That’s why I just stick to soccer.”

Carrasquillo is a team captain, and he takes that role very seriously.

“If I see one of my team members nervous, of course I’m going to help,” Carrasquillo said. “What I do to help the team is to remind them who or why they’re playing soccer, whether it’s to make someone proud or just have fun. There have been times that I had to bench people because they just don’t feel like playing.”

Though he is clearly passionate about the game and serves as the boys soccer captain, Carrasquillo was actually not always into the sport.

“Surprisingly, I wasn’t really into it at first,” he said. “It was my stepfather that got me into the sport. He showed some highlights of a soccer player called Ronaldo de Assis Moreira. What I would do is picture myself doing everything he would. That’s why I just kept playing.”

Catch Luis Carrasquillo on the field or in the hallways of Hudson Catholic!