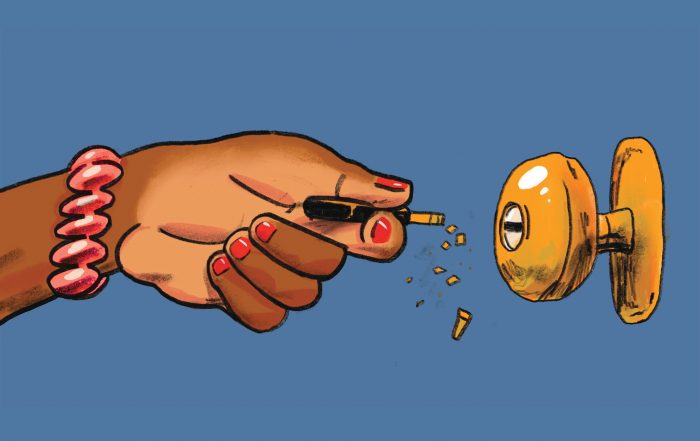 A full-time job after high school, marriage before a woman is too old, a house in the suburbs in a neighborhood where the most exotic name is Kaylee, a white picket fence, two and a half kids and a golden retriever. This is the most basic understanding of what an “American Dream” was in the 1950s, and this thought of the American Dream has stuck ever since. However, this is a falsehood.

First of all, this dream does not seem to reflect our current economic conditions.

Today’s college graduates will have an average of $37,172 in debt. To put that number into perspective, that’s a 20% down payment of a $185,000 home. These grads may have not stepped onto a college campus in twenty years, yet they may still be paying student debt.

With how low the minimum wage is, and how a college degree increasingly fails to deliver on its promise, the real dream may be considering homeownership at all.

It’s 82% harder for young adults to get a job than it was before. Jobs want experience, but no job wants to give you the experience.

Life, liberty, and the pursuit of happiness are supposed to be the foundations that America was built on. Freedom is the label stamped onto this nation ever since the rush of immigrants in the early 1900s. However, the true origin story of America is in ripping its indigenous people’s anchors away to create a new country with new people, even though it had already been a country populated with people. How can we trust the American dream if the origin story for America is built on a lie that hides the horrid genocide of America’s indigenous people for a white man who had been trying to find India?

The men who are supposed to be the faces of America are Christopher Columbus and George Washington, credited with building this country from the ground up. As are the likes of Benjamin Franklin, Thomas Edison, and the rest of the founding fathers. Yet, they were not the people working in the fields and mines, people who were getting the resources that would push the country into technological advances. The slaves were the ones who were toiling in the cotton fields so that their white masters could make money off making clothes while barely clothing their own workers.

The United States is labeled as a “liberal” country, yet the Civil Rights movement was less than a century ago. People of color, specifically black people, can barely trust the law enforcement and military due to police brutality and the exclusion of representation in the military.

Women are still scared of walking at night, and one in six women experience some form of sexual assault.

The American dream is nothing but an arbitrary lie used to exclude people who aren’t as “American” as the white population in America. It’s used to ensure that immigrants, people of color, LGBTQ people, and poor people are excluded. It started as a way to exclude, and even today it continues to isolate people because some think they can decide what the American dream is and ought to be for everyone else.