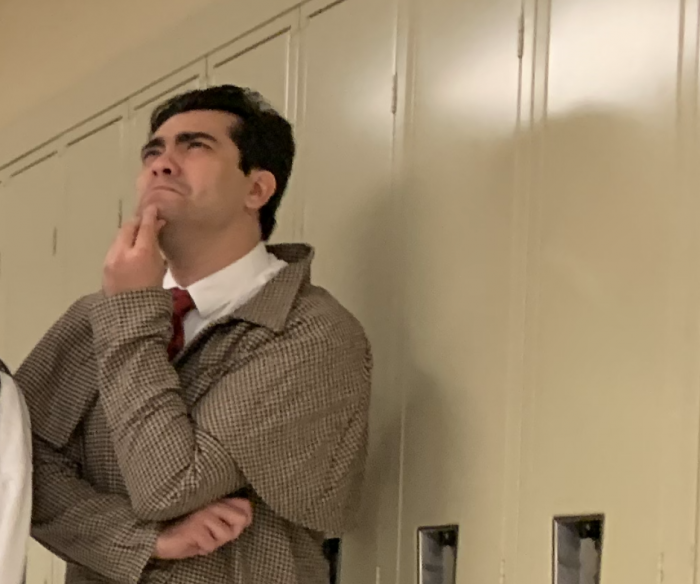 Horror and history collide in one special classroom! The Commentator sat down with first-year US History teacher Mr. Gonzalez, who moderates the horror and sci-fi movie club.

Not only does Mr. Gonzalez love teaching the rich history of the United States to his students, but he also loves horror and sci-fi films. Knowing that a similar club existed in the past, he wanted to revive it and it now stands strong today.

“I knew that something like it existed before and that kids like horror and sci fi movies,” said Mr. Gonzalez. “I felt it was a good opportunity for kids with common interests to get together despite coming from different neighborhoods and backgrounds.”

Naturally, the question of what his favorite horror movie is arose. He gave it some thought, admitted it was difficult to choose, but finally settled on an answer.

“My favorite movie in the horror genre would have to be The Shining. It takes a lot of different approaches because it’s a psychological thriller. Watching it makes the audience feel like how the main character Jack Torrance feels as he loses his mind.”

Following that question, Mr. Gonzalez revealed who his favorite actor in the world of horror is: the legendary Vincent Price, who was known for his thrilling voice and performances in many films.

“The late, great Vincent Price. I like his acting style and the stories that the movies he was in told. Some great ones were House of Wax, The Tingler and The House on Haunted Hill.”

Mr. Gonzalez then revealed what fascinates him about more modern horror films.

“I think a major theme in horror [right now] is race and mental health. A lot of movies deal with people being away in facilities,” he said. “On the race theme, movies by director Jordan Peele brings light to that. A big cliche in horror movies from the past was that African American characters would only be side character or die first. But now that has changed.”

What Mr. Gonzalez said is true. African American characters in horror movies used to be “comic relief,” or die first, but now they are the main characters and get to survive by the end.

So what does Mr. Gonzalez think of Hudson Catholic?

“I love it. I love the diverse group of kids. Challenging the kids and being challenged by them. I think it’s a good place.”

His club has a handful of loyal members, but Mr. Gonzalez would like to expand on that. He wants more students to join and interact with others in order to spark friendships.

“Right now I’m trying to promote more members to join,” he said. “By next year I’d like to have a Halloween bake sale for the club so we can save money to do activities and even field trips.”

As always, meetings are held Mondays and Fridays after school, at 2:30 PM. New members are always welcome!

If I Never Met You