Op-Ed: What Is the Alt-Right? 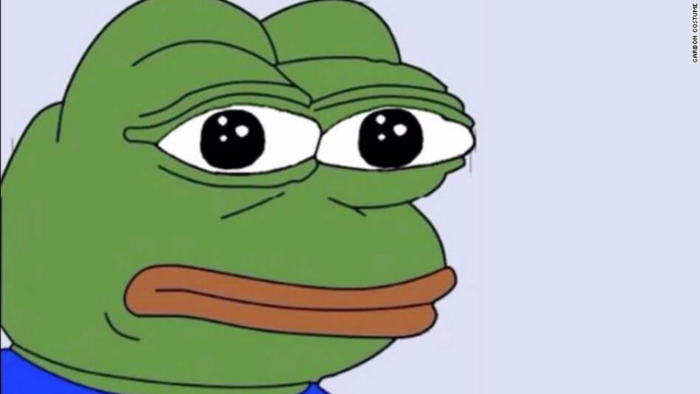 Political movements have been well known for their symbols, historical figures, ideology, etc. No exception is given to the Alt-Right (Alternative Right) as it has been given rise during the 2016 election. Alt-Right is a shorter way of saying that you are on the Alternative Right and that you are not neoconservative from the Republican Party. That’s basically it.

Yet, the movement has all different types of people leading it i.e. White nationalist Richard Spencer. Why is that? Well, an article titled “An Establishment Conservative’s Guide To The Alt-Right,” written by Allum Bokhari and Milo Yiannopoulos, tackles and explains what the Alt-Right really is.

They describe it as “an amorphous movement,” adding that as an “an obscure subculture, the Alt-Right burst onto the national political scene in 2015. Although initially small in number, [the movement] has a youthful energy and jarring taboo-defying rhetoric that have boosted its membership and made it impossible to ignore.”

Bokhari and Yiannopoulos cited a National Review article that basically called the Alt-Right “just bitter members of the white-working class” and mentioned a writer from the Daily Beast who attacked Rush Limbaugh for sympathizing with the “white supremacist Alt-Right,” and more articles that basically have a misunderstanding of the Alt-Right.

The article asks a great question: Is the Alt-Right “really just the second coming of 1980s skinheads, or something more subtle?”

In their examination, they split the Alt-Right into four categories: The Intellectuals, Natural Conservatives, Meme Team, and the 1488rs.

The Intellectuals are basically thinkers ranging from Oswald Spengler, H.L. Mencken, Julius Evola, Sam Francis, and the rest of the paleoconservative movement, most of whom wanted Pat Buchanan as president.

The Intellectuals also consists of anyone who are Isolationists, pro-Russians, and ex-Ron Paul supporters frustrated with the neoconservative domination on the Republican Party, drawn to the Alt-Right, and are anti-war.

Then there are the neoreactionaries, AKA #NRx. They are a fearfully intelligent group of thinkers, attacking the ideas of the establishment, while also being led by philosopher Nick Land and computer scientist Curtis Yarvin. They argue against liberal democracies and are critical of egalitarianism.

Next up are the Natural Conservatives who are broadly similar to the Intellectuals above, however are mostly white, Middle-American, radicals who embrace identity politics and are interested in their own demographic.

The Natural Conservatives are basically a response to the Natural Liberals (people who want radical change and enjoy diversity) but they haven’t had power since the 1980s while the Natural Liberals have. Plus, they (like their leftist counterparts) argue about a form of “cultural appropriation” but instead of destroying statues and history, they value western culture and its heroes.

Then there’s the Meme Team. This is basically a bunch of young people from 4chan, 8chan, and Reddit forums who are trolling the public with racist memes. In my mind, their intent is basically similar to that of when young people were attracted to the New Left of the 60s, which was about rebelling against their parents by playing rock music.

Usually those older than they are falling for their game. They shouldn’t complain because the Meme Team are not being serious with them in the first place. These memes are designed to get a reaction.

Lastly, we have the 1488rs. Who are they and why those specific numbers (1488)? Their name is actually a reference to two well-known neo-Nazi slogans. The first one being the so-called 14 Words: “We Must Secure The Existence Of Our People And A Future For White Children.” The second part of the number, 88, is a reference to the 8th letter of the alphabet (H). Hence, “88” will then become “HH” which stands for “Heil Hitler.”

If anyone calls the Alt-Right racist, they’re not wrong, but they’re also not totally right. The reason I say that is because a lot of people on the Alt-Right denounce the 1488rs and vice-versa. In fact, this section of the Alt-Right will probably consider this piece offensive. Sounds like something similar to our friends in the Regressive Left.

It is amazing how the horseshoe theory works. Both sides, far right and far left, are so far from each other on the political spectrum that they end up making a horseshoe, ironically paralleling each other so much even though they supposedly hate each other.

There are also those in the Alt-Right movement who get associated with Donald Trump and his rise to power. They are called “Trump Loyalists.” However, Richard Spencer, a white nationalist, said in an interview with Al-Jazeera that if Trump wants to distance himself from the Alt-Right and not do anything with them, that’s fine and that the Alt Right will distance themselves from Trump, unlike much of what the mainstream media has been saying.

Another misconception is that Richard Spencer is actually part of the 1488rs, but he has commented in an interview where famously he got punched in the face by an Antifa thug, “Nazis hate me.”

The Alt-Right, in a sense, is a counter-movement politically and culturally towards the Regressive Left, from its identity politics, “microagressions,” trigger warnings culture on college campuses, and hatred of straight, white males.

They are in a lot of ways, the Establishment Republican’s “Frankenstein,” as Yiannopoulos’s article labels it. He writes, “The Establishment need to read their Haidt and realize that this group isn’t going away.”

He continues, “There will be no “progress” that erases the natural affinities of conservatives. We can no longer pretend that divides over free trade and the minutiae of healthcare reform really represent both sides of the political spectrum in America. The Alt-right is here, and here to stay.”

In conclusion, the Alt-Right is not as bad or even politically dangerous as some say in the media. They’re politically incorrect and have no problem with diverse ideas, so long as you can defend your convictions.