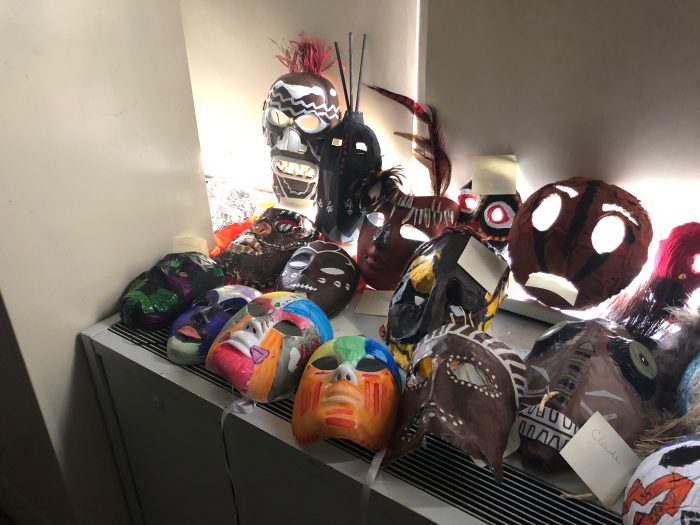 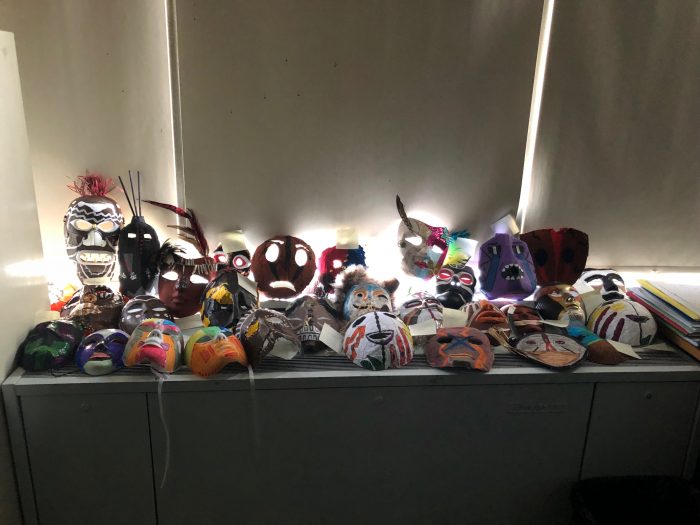 For the past month, seniors in Ms. Ferdinandi’s World Litersature class have been reading a novel called Things Fall Apart by Chinua Achebe as part of their curriculum. After finishing the book, they were assigned a project based on the novel, and many of them took the creative alternative which included creating a mask.

The masks were to be inspired by a fictional being in the novel, called the “.” These entities are spirits that fill the role of gods in the novel as their job is to maintain order to solve citizens’ problems and maintain justice. With this information, the students had to make a mask that the “egwugwu” of their choice would wear.

Looking through many of their creations, one can see the masks have a wide range of colors with intricate designs placed on each and every one of them. The detailing on the masks succeed at closely relating to the “” as they are described in the novel to have masks that are otherworldly and unorthodox.

Even though they are all different, they each show the amount of creativity that every individual student can bring to a project. If I had to say which one of was my favorite, it would have to be Chelsea Marrero’s mask because of the unique aspects that it has overall. In the end, each mask was done really well and has their own thing that makes them individually special. I hope to see students from all classes receive creative projects like this in the future.