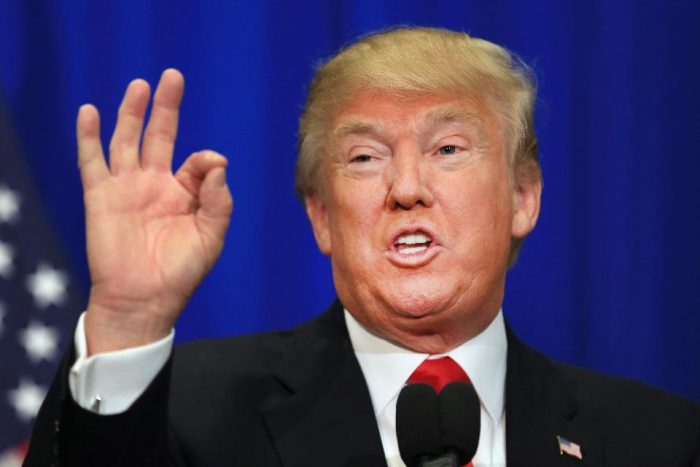 In a stunning twelve weeks of post-election coverage, the “Fake News” controversy has taken over the mainstream to counteract not only Trump’s cabinet picks, but also masquerade as “political analysis.” What new information has everyone picked up? What are we getting out of this tool from the mainstream?

Why isn’t everyone concerned that President Obama just deployed NATO troops in Poland, Norway, Bavaria, etc. all to provoke Russia? According to progressive political commentator Kyle Kulinski, host of Secular Talk Radio, “At what point did it become the ‘duh’ position among partisan democrats to be in favor of a build-up of NATO troops on Russia’s border?”

Kulinski continued, “I never signed off on that. I never signed off on escalating with Russia and maybe getting into [World War III]. By the way, stop and think about the implication of that. They’re framing it as ‘purely defensive’ … What are you talking about?” He mocked the mainstream media (Rachel Maddow) for this ridiculous defense point and called them out by saying that this kind of reporting is what leads the American people to not trust them at all.

According to conservative political commentator and columnist Larry Elder, host of The Larry Elder Show, “Did the media inform the public that recoveries always follow recessions, and that, had Obama done nothing, history shows the recovery would have been more robust than what we experienced under Obama?”

Elder writes, “The average recovery, for the last eight recessions dating back to 1960, is 3.9 percent inflation-adjusted annual GDP growth. Obama’s recovery, which began after the recession ended in June 2009, averaged 2.1 percent.”

He continued, “President Ronald Reagan’s averaged 4.8 percent, which translates, according to the Heritage Foundation’s Stephen Moore when he calculated it in 2015, into a per-family average of $20,000 more in income. An increase of 1 percent growth in GDP brings roughly 1 million more jobs.”

The insanity continues in the aftermath of the media’s hysterical reliance on the notion that “fake news” tilted the election to Donald Trump. In a related move, Facebook has decided to crack down on “fake news.” Now, let’s agree for a moment from the outset that some stories that are factually false have circulated widely, and that these are examples of “fake news.” But that’s not how the media defines “fake news.” Media Matters, for example, has released this chart: 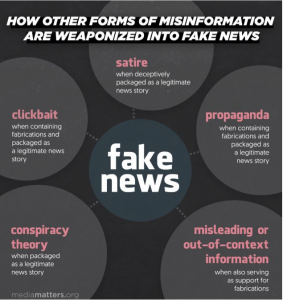 According to BuzzFeed, Facebook will now be relying on organizations “that have signed on to the International Fact-Checking Network fact-checkers’ code of principles to enable them to verify selected links being shared on Facebook and have those fact checks attached to the original links.” Here’s what happens: these special organizations will have access to a list of articles Facebook administrators have questioned and they can question the links based on user reports, verity of the link, or comments saying the story is false. The ratings organizations can then attach a red exclamation point to the story with the caption “Disputed by 3rd Party Fact-Checkers.”

Only five organizations in the United States qualify for Facebook’s fact-checking status: Politifact, FactCheck.org, Snopes, The Washington Post, and ABC News. One problem, however: these five organizations all have a left-leaning bias. Due to this fact, conservative media, sources, and claims have been labeled “fake news.”

This is an infringement on the First Amendment right to freedom of speech and freedom of the press, coming from both the left and the right.

With the left believing that Russia “hacked” the election, that Putin “may” control our new president, such evidence has never been presented or has even been proven, making the right and some leftists calling it a left-wing conspiracy theory.

Now onto the right, so far three U.S. senators, all Republican, have condemned the idea of protesting in the streets. I understand why this was needed, naturally due to Antifa [Anti-Fascists] in Trump’s protests had been violent, but its intention is still a free speech issue by NOT allowing anyone to protest.

The amount of buffoonery to come out of this so-called “fake news” has nothing been but a bunch of hokum to cause mass hysteria and fear of going to war with Russia. If we don’t realize and distinguish fiction from reality, if we don’t allow freedom of speech to be expressed in our society, or even have a freedom of the press, our constitutional republic may turn into a real life version of George Orwell’s 1984.