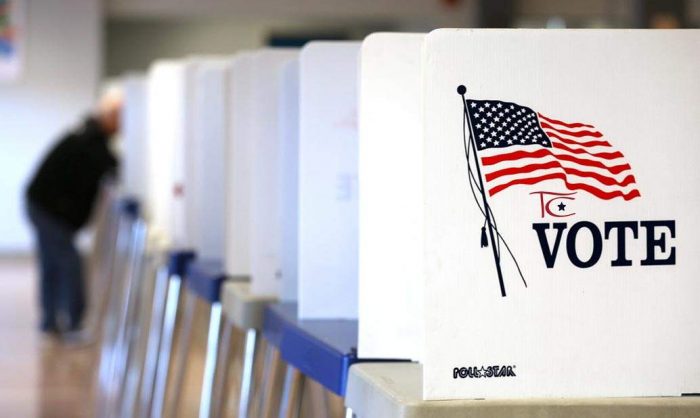 Click play on the audio above to hear our Politics and Lifestyle Editor, Arlette Huesca ’19, give a rousing speech on the importance of voting. The full text of her speech can be found below.

“We hold these truth to be self evident that all men are created equal, that they are endowed by their creator with certain unalienable rights…” These famous words were uttered by the great Thomas Jefferson and served as the basis for our country. Since then, many people from around the globe have made America their home. Some came in pursuit of a more prosperous life; some came in search of protection from religious, ethnic, or political persecution. Others were brought across the Atlantic against their will. And some Americans’ ancestors were here long before the first settlers arrived. In spite of these differences in origin, we are all bound through one common factor: being American and having the right to vote.

Whether or not you like it, every single aspect of your life is affected by politics, and every single one of those politicians were put in power through a popular vote.  We take for granted what so many people have fought for throughout the years. People have given up their lives for freedom and democracy. People have died to establish the right to be heard, to have a say in social, political and economic matters and to leave the best administration for future generations.

We constantly complain about the issues going on in our community and our country, whether it concerns civil rights, poverty, education, healthcare, or immigration. What we fail to realize is that it is our duty as Americans to enact these changes. We have the power! People who do not vote, but complain about how the government is run, are hypocrites. You have to earn your right to complain.

This is about reminding you that your vote is your voice, that your vote is your tool of political empowerment, and that change in this nation can best be brought about through your vote. Our ancestors came to this country because America is the land of liberty and freedom.  We have been blessed to live in the greatest country in the world and call this our home. So today, my fellow Americans, I say to you, whether you are Republican or Democrat, liberal or conservative, black or white, let our voices be heard!