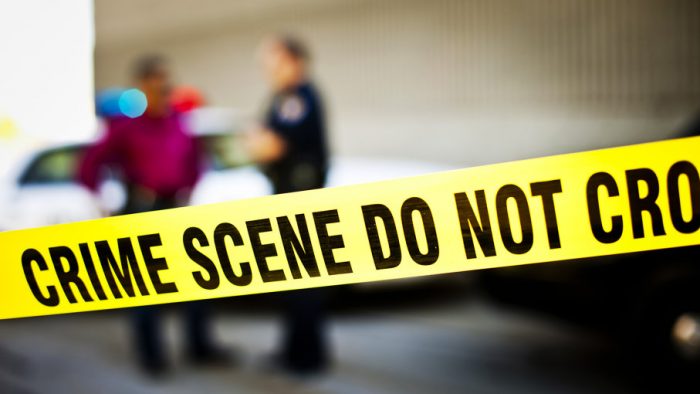 I am part of a CSI Unit for the police department of JCPD. There was a crime scene that occurred earlier today. It happened at 9:22 in the morning inside the Walgreen’s on Communipaw. The police officers worked fast and swiftly to block off the area. There was a shooting incident and one casualty. The victim carried a driver’s license and the identity of the victim is Martin Vasquez.

We, the CSI Unit, examined the body and immediately spotted blood on the ground. We took some blood off the victim for DNA analysis. It will take some time before we can get the results.

So far, there are no suspects or accomplices. The detectives say that there were a couple of witnesses that were in the area. In one of the victims’ testimonies, it’s explained that someone that looked like an African American male, at least 6 feet tall, had a firearm and shot the victim. The victim wrote that the suspect held the weapon in his left hand. After that, he went running straight to Lincoln Park.

It is currently 2 in the afternoon on a Wednesday. We are heading to 176 Danforth Ave, Jersey City, NJ. We are going to check if there was ever an African American male, 6 feet tall, who purchased a firearm that uses 9mm ammo. We checked with their manager and he was very happy to help. He said that there was an African American male who bought a firearm, but other than the person being African American, the description does not match our suspect. On to the next stop.

Our next stop is 718 Madison Avenue, New York, NY. Again, the manager was happy to help. We gave him the same questions we asked the other manager from the previous gun store, except, we believe we caught our suspect. The manager gave us the location and name of our suspect. The suspect’s name is Lamar Johnson. He actually lives near Lincoln Park. He lives Belvidere Street. We need to think of a plan to find out how we’ll catch the suspect. I think I have a plan that could work

It is now the next day, 5 in the afternoon. Yesterday, we rang everyone’s doorbell to sign those fake forms, all but one household. We are going to go to the district attorney, and get a search warrant. We will most likely find some sort of clue to get closer to finding the suspect.

We got the search warrant almost immediately. It’s Friday now and the time is currently 3:32 in the afternoon. We are going to get ready to walk into the house with no answer.

We knocked and knocked on the door, but there was still no answer. We had no choice but to actually bust down the door. We searched the first floor and there was nothing, but once we went up the stairs, we saw blood. There was water on the floor too. We followed the trail and it led to a bathroom. We slowly opened the door and we saw our suspect.

He had committed suicide.

He had a journal. The journal was about the suspect himself. It also had the victim’s driver’s license. It was expired too. He explained why he killed the victim. Why he had to. No matter the consequences. The suspect had a family once. A little girl, 7, and a wife. They were happy until one sad fateful night.

One night they were returning from a birthday party. It was a family friend’s, so it would be rude if they didn’t go. It was almost midnight and they called a cab. As they were waiting for a cab, some random person shows up in front of the family, asked them to give up their money. The suspect stepped in and declined. The victim who asked the family for money pulled out a gun. Lamar saw this and pushed the gun away. A couple of shots were fired out of the firearm but he remained safe.

The shooter started to run away, but Lamar heard people fall behind him. He quickly turned around and saw his wife and daughter on the ground. He yelled out their names, but there was no response from them both. He quickly called 911. Sadly, the paramedics and the police were both late. When the police asked whether there was anything else that Lamar could’ve given them to help find the killer, he kept the identification. He didn’t believe that the police would have found the killer of his precious family, so he took the matter into his own hands.

“I will stop at nothing, not even if God gets in my way. I will even ask satan himself to help me out.” That is what he wrote.

That was it. We finished the job.

It’s unfortunate for Lamar that he couldn’t have given that identification, the victim who killed his family, to the police because he didn’t really get anything from revenge.

He took his own life; killing a killer didn’t bring back his family, and it only made it more difficult for the police to solve the case. In the end, he got what he wanted.

May he and his family rest in peace.

Catching Up With Mrs. DeFazio

HC Dress Code Keeps Up with the Times