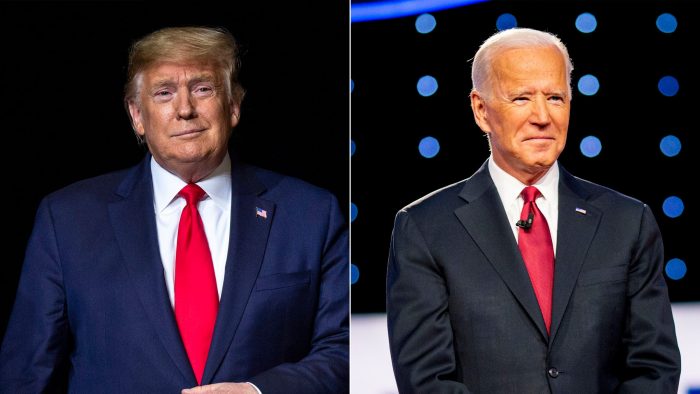 With election day being five days away, there is no doubt that things will get heated as we get closer to the dreaded day. Many forecasters, like FiveThirtyEight and The New York Times’ Upshot, have former Vice President Joe Biden pulling ahead by large margins against his competitor, incumbent President Donald Trump. FiveThirtyEight as well as the New York Times has Biden at a nine point lead in national polling. We have seen Biden pursue greater margins with each passing month as more energy and donations for his campaign came flowing in.

This is not to say that Trump is out of the race just yet, as FiveThirtyEight reports that he has an 11% chance to win the presidency. This is roughly the same chances that he had in the 2016 presidential election, and we all know how that went. Just because the polls say one thing does not mean that it will be set in stone, but we can assume that Biden has a good grasp on the presidency. Both teams however, have a few swing states that their campaigns must focus on.

As polling data on the state level comes in, we can see clearly that Pennsylvania, Florida, Michigan, Wisconsin, and Minnesota are essential for both candidates to take control of the White House. In 2016, the “Blue Wall” of Michigan, Wisconsin, and Pennsylvania was utterly destroyed, leading to the defeat of Democratic candidate Hillary Clinton. Not to mention that Floria also helped Trump triumph over Clinton, a swing state that President Barack Obama had previously won.

However, current polling suggests that Biden has a significant lead over Trump in these same swing states that the president won in 2016. Some polls even suggest that Texas could become a swing state, and if you know anything about Texas, it has a reputation as a hardcore Republican state.

Ultimately, the ball is in the court of the candidates to go out and campaign as much as they can until election day when their fate–and ours–will be decided.

Fall Fashion For The Ladies