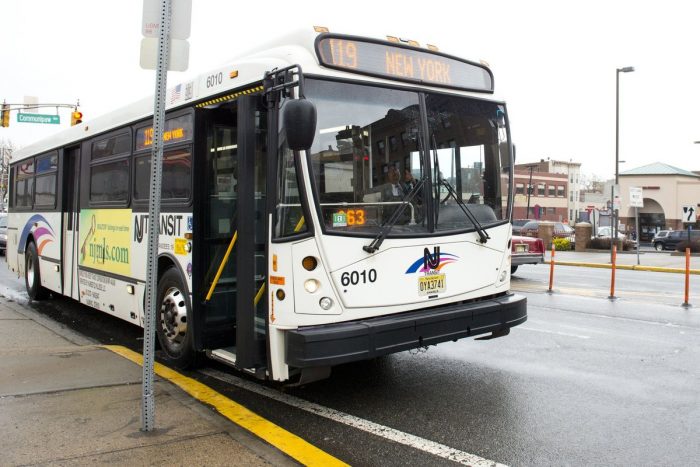 At approximately 7:30, the loud sound of chatter is welcomed in my ear, along with the ears of six other people. All the people on the bus make for a fascinating ride. Once I get aboard, I’m greeted with a cold look from a lady I once argued with because my bookbag had touched her. Continuing on, I scan for a seat near the door. My friends, who all go to various schools, wave me over, and I walk over to the seat that seemed like it had my name written all over. After all the “How was your week?” questions are over, I finally sit back, only to see the people I share a bus with for 5 days a week.

At approximately 7:33, I approach the stop labeled Bowers St., with the sight of four people catching my attention. One of the people used to attend the same school as me, so I flash a friendly wave. He wears the same orange coat, Thrasher sweater, and khaki pants from Monday to Friday. I’ve always wanted to chat with him ever since our separation, but the bus noises and morning blues forbid me.

The next person is a girl who attends a Catholic school, so we both share a similar pain the coldness gives our legs. She has followed me on Instagram, yet still never smiles or says a word.

An older woman who always carries the same shopping bag always says hello when she walks past the aisle. I wonder where she works and why she is always carrying the bag filled with goods? The thoughts disappear as a sharp-dressed man who wears a new color tie practically every day hops on the bus. I always come up with theories of where he spends his long hours at. All I know is that he works in the city and that he always has a briefcase which is probably filled with boring paperwork.

At approximately 7:38, we pass by the park on Reservoir Ave. and the bad energy invites itself into my thoughts when 3 people enter the bus. I know all three; they’re all siblings, two sisters and one brother. They all go to separate schools. While I ride the bus, they never get off, which brings me to question of how long each one of their journeys is. Believe it or not, I used to be close with all of them. We once spent hot summer days watching games, but now it is cold. Once the days turned cold and the hot began to fade, so did the friendship we all once shared.

Maybe, just maybe, if it is a good day, they might wave. Patiently, I still look forward to it.

At approximately 7:43, the foul smell that boards the bus is accompanied by two men. They always have the same grey coat on, black sweats, winter gloves, and hats. I can still remember the first time they came on the bus. Everyone covered their nose and tried not to stare. I have no choice but to look in that direction because the packed seats that surround me position me in a way that inhibits my looking away. I notice the various amounts of different colored stains that are embedded in their clothes. I wonder if they have a or a bed, or even own other garments. As the bus ride continues, so do my thoughts.

At approximately 7:46, we enter the bus terminal which means my stop is coming soon. Seven people get off and nine board. Out of those nine, some are there every day and some are just temporary. Two of the girls are twins that look like polar opposites. One slouches and always has her hair in a low bun, whereas the other wears pounds of makeup and looks presentable every day. I guess it’s not hard at all to distinguish the two.

Another is a lady that comes ready to work in a pencil skirt, button-down shirt, and blazer. Nothing about her is really interesting, but her hair keeps her from being dull. She tends to change it frequently. One day she came with brown braids and red curls down to her back. She spent one day with orange straight hair that stopped at her shoulders, and a blonde bob cut the next. One day she even had an afro. I infer she might be indecisive because she doesn’t commit to one style.

After I take in the ‘do of the day, an old lady walks down the aisle and I instantly remember the first time I had seen her on the bus. She was yelling over the phone, “GET OUT OF MY HOUSE AND TAKE ALL OF YOUR STUFF WITH YOU! YOU HAVE ME LOOKING LIKE WHITE TRASH ON THIS BUS! Sorry to anyone that has kids on the bus!” Ever since that day, I still wonder who had to get out of her house and why.

At approximately 7:51, my nose, sight, and ears are relieved, and I finally get off the bus. I tell the driver to have a nice day. He has been getting me on time for school for about two years now, so it’s the least I can say. My senses are free until 2:36 p.m., when they get trapped inside the doors of the 119 bus again.

Michael Jackson: The Man in the Mirror