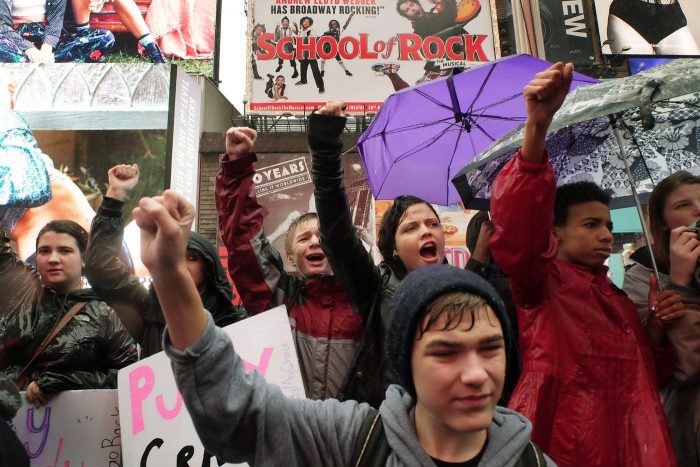 It was a rainy Monday morning, and I was in an Uber reluctantly making my way to a doctor’s appointment. As the Uber was driving down a highway (which one, I don’t know. I trust my phone to take me everywhere so don’t bother to remember routes), I took note of some picket signs that read, “Bob Menendez for US Senate.” Seeing as I’d planned to work at a voter registration location that same day, my mom was inclined to ask our Uber driver, “Are you voting tomorrow?”

“I don’t see the point,” he said. “Where’s the logic in voting when everyone knows they can hack into our voting systems?”

By “they,” I assume he means foreign powers with underlying intentions who try to sway our political system.

However, I was a little taken back by his belief that “there was no logic” in voting when it is the very act of voting that determines the outcome of our government. Is this a common belief that some people share? And if it is–why? To find out more, I asked some soon-to-be voters on their thoughts on voting and the way our voting system works.

I first asked one of my fellow classmates, senior Quincy Slay, what he thinks about America’s election system, specifically if he considers it to be efficient.

“Yes, I think it’s efficient, but there are a lot of people that are uneducated on how to vote,” Quincy commented.

When asked about the possibility of an election being influenced by foreign powers, similar to the Presidential Election of 2016, and if it was even worth voting knowing this, Quincy responded, “No, because if they can just hack into it, it’s like your vote didn’t even matter.” Regardless of this, Quincy said it is likely that he will vote in the 2020 Presidential Election.

To see if I’d get a difference of opinion, I approached senior Ireland Tavarez with the same questions.

“I think it [voting] allows people to give their piece of mind, but I believe that a lot of people don’t really take it seriously until they see the consequences of their actions of not voting or not speaking their minds,” Ireland shared.

This is a sentiment I personally agree with, as I believe a lot of people regretted not voting in 2016’s presidential race. It’s safe to say that many were unhappy and shocked by the results of the said race and blamed not giving importance to voting for its outcome.

Similar to Quincy, Ireland added that she’d still vote in 2020 regardless of any tampering that could occur, however she said that she believes her vote won’t make a difference if 90% of the population votes in opposition.

By talking to my two classmates I’ve gotten the impression that there is a lack of confidence in the voting process and the impact each singular vote has. With factors such as the electoral college and election tampering, many young people don’t trust that their vote will truly make a difference. But how do we convince millions of soon-to-be voters that at their fingertips, they hold the future of this country and its democracy? Does one just go with the tide, or should we try to encourage each other more?

I don’t have a straight answer, but what I do know is that the young people I’m surrounded by, all of the different backgrounds, races, religions, and beliefs, all share one thing in common–they want change. But more importantly, they want to make a difference, and mostly it’s for the better. Young people like myself aren’t always content with the way our government represents us, so we are readily waiting for the moment we get to decide for ourselves.

This excitement is extremely valuable, especially at a time when there are so many things that threaten us. The massively growing numbers of school shootings is a motivating factor for those next in line to demand change. But change only happens when you enact it, and the most effective way to do this is through voting. Prior to the recent 2018 Midterm election, a poll by the Public Religion Institute showed that only 28% of people ages 18-29 said they would for certain vote, compared to 74% of senior voters. This, along with the inconsistency of millennial voting, serves as proof of how dire showing up on election night and casting a vote is.

Though it may be a stressful and frustrating process at times, it is the backbone of our democracy, and the sooner people begin to see that, the sooner change will be made. So to answer this article’s question–yes, young people do care about voting, and we’ll prove it to you in 2020 when we’re in Ubers driving past more picket signs. But instead, we won’t be confused when it comes to which candidate to vote for, because our sense of direction will lead us towards doing what we think is best for us and the country.

See you at the polls.