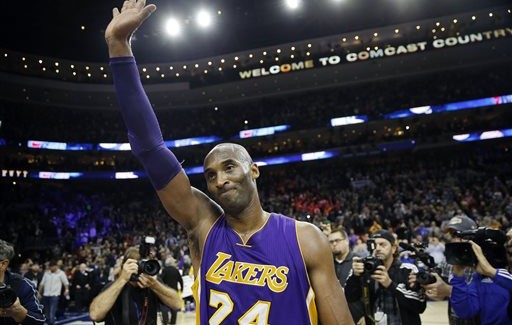 Wednesday, April 13, was a historic night for the National Basketball Association. What a way to end off the regular season!

In just one night, the Chicago Bulls’ 1995-1996 regular season record that few thought would ever be broken was spectacularly shattered when the Golden State Warriors, lead by upcoming runaway league MVP Stephen Curry who hit 10 three pointers and dropped 46 points, prevailed over the Memphis Grizzlies to win the game and end the season with a record of 73-9.

Even greater than that was Kobe Bryant’s final game in a Lakers jersey. Fans across the world put forth hundreds of dollars to see one of the greatest of all time play his final game. Shaquille O’ Neal told reporters before the game that he went up to Kobe, and like in their younger days told Bryant jokingly to “go and drop 50.”

Bryant missed his first 5 shots, but after that he reminded us all why he is the Black Mamba! He dropped 60 points on 22-50 shooting from the field.

Kobe Bryant proved that he is indeed the G.O.A.T.!