Cavs and Warriors Face Off Again For 2017 Champs 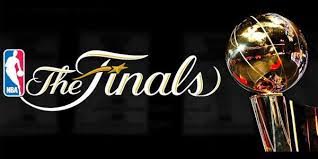 If someone told you that at the beginning of the season that the last two teams standing in the NBA were going to be the Cleveland Cavaliers and the Golden State Warriors, you probably would have agreed with them. Not only have these two teams faced off in the last two NBA championships, but they were both favorites to make it for the third year in a row. The Warriors, who are already an all-star studded team, became even more so when they signed the Oklahoma City Thunder free agent Kevin Durant, one of the biggest names league, making them an even bigger powerhouse in the west. The Cavaliers on the other hand might not have picked up another all-star to add to their dynamic lineup of players this off season, but being the defending champs with the best player in the league on their team still put them at a huge advantage in the east going into this season.

The Golden State Warriors were the first of the two teams make it to the championship this year, going 12-0 during the playoffs, becoming the first team ever to do so. Entering the playoffs as the number one seed in the west after a 67-15 regular season, they faced the Portland Trail Blazers in the first round, beating them in all four games by an average 18 points per game. They then went on to the west semi-finals where they went against the Utah Jazz and picked up their next four wins. In the west finals, their opponent was the San Antonio Spurs who were supposed to be their biggest challenge in the west with MVP candidate Kawhi Leonard leading the team. It wasn’t looking good for the Warriors in game one when they were down by 21 points, that was until Leonard injured his ankle when he was fouled by Warriors center Zaza Pachulia. The ankle injury kept Leonard out for the rest of the series and is a big reason why the Warriors came back to win game one and the rest of the series, putting them in the championship.

The Cleveland Cavaliers came close to doing the same thing the Warriors did this playoffs, going 11-1 as the second seed in the eastern conference. Their regular season record of 51-31 put them two games out of first behind the Boston Celtics, but that didn’t stop them from beating all their opponents during the playoffs. They started off with playing the Indian Pacers in the first round, winning all four games but never by more than six points. They then advanced to the eastern semi-finals to face the Toronto Raptors who they also swept in four games, putting them in the eastern finals. They were going against the number one seed in the east, the Boston Celtics who just won a seven game battle verses the Washington Wizards and had breakout star Isaiah Thomas. The first two games of the series, the Cavs continued their winning streak and during game two, Thomas injuries his hip so badly he would out for the rest of the playoffs, so it was looking like the Cavs would also go undefeated in playoffs. But game three which was on Cleveland’s home court, Boston stepped up and handed them their first loss of the playoffs. The Cavaliers shook the loss off, beating Boston in games four and five leading them back to the championship.

The last two times these two teams met up in the championship, they were both very entertaining. In 2015, when Golden State took home the title, the series went six games and in 2016 when Cleveland broke the city’s championship drought, it went seven games. This one has all the elements to be a good series so be sure to tune in to ABC to see the first game at nine pm.