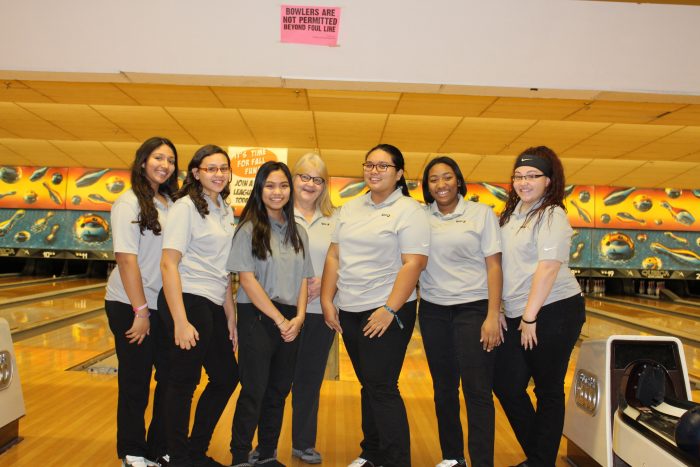 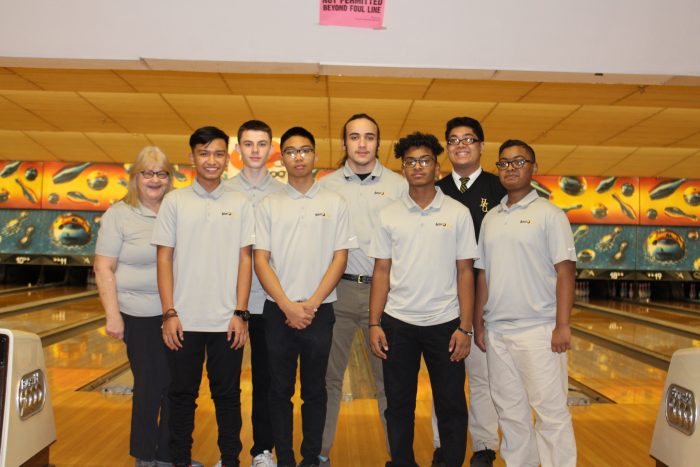 The team throwing flames down lanes is none other than the boys and girls bowling team of Hudson Catholic. The Commentator spoke to a few players to get their perspective on being in a sport that is sometimes neglected in coverage and glamour.

We spoke with junior boys varsity team bowler Ashook Persaud, who has been on the team for three years and is now co-captain with his twin brother, Jivan Persaud.

A. Persaud was asked what made him join the team.

“Because I was already bowling from nine to thirteen years old,” he said.

It is very common for bowlers to do a chant, a little prayer, have a secret strategy, or just something for good luck before bowling down the lane. We asked if A. Persaud or his team had anything special they did before bowling,

“We get in a circle, say a prayer, and say our team chant. Hawks on three, hawks on three!” he exclaimed.

“Well, my bowling strategy is I go on the first two dots on the lane and [then] I align myself with the lane and I aim for the middle arrow,” Rubio said.

The Commentator asked Rubo and Persaud who, other than themselves, they thought were great bowlers and assets to the team.

“We are all good players, like Jivan Persaud and Jefferey, ” A. Persaud said.

Last, we asked if they had anything they would like to say to students wishing to join bowling.

“It’s a fun sport,” Persaud replied, while Rubio stated, “Go for it even if you’re not good at it. Try your best and go to tryouts. If you don’t make it, it’s okay because you have another year.”