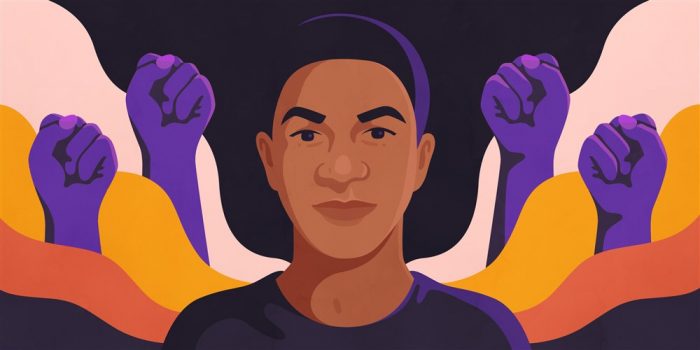 There’s a saying I used to hear when my family talked about America. The quote went something like, “America is a tune, it must be sung together.” When I would video chat with my family in the Philippines, they would always tell me how lucky I was to be living in America, and obviously when I was younger I would mindlessly agree. Sheltered from the reality of the world, I always thought America was an amazing place to be, especially when my father would tell me how hard he worked to come here.

There are many definitions and interpretations of the American Dream, however mine was the one I would always refer to when asked about it. My dream was that America was this place that welcomed everyone and anyone from around the world. I viewed America as this dreamland where everyone gets along and there wasn’t any discrimination against races, religion, culture, etc. But that’s not true, is it?

These are some of the names of victims who have lost their lives due to discrimination in America.

William Green was a man who resided in Prince George’s County, Maryland. On January 27, he was reportedly pulled over for driving erratically. They handcuffed him and placed him in the back of a police car. Then an officer proceeded to enter the car and shot William Green several times while he was restrained by a seatbelt and handcuffs. Police then claimed that he was a drug user.

Christopher Whitfield was a 31 year old man who lived in Louisiana. He was accused of stealing raw chicken from a store and was shot. He struggled with mental health issues.

Jamarion Robinson was a 26 year old man who lived in East Point, Georgia. In August 2016, Police officers kicked down the door to his girlfriend’s home after he refused to open and began shooting. He was shot 76 times.

Trayvon Martin was a 17-year-old boy who resided in Miami Gardens, Florida. He was shot by George Zimmerman while unarmed. Zimmerman claimed that Trayvon looked suspicious because he had a dark hoodie on and was walking around at night, when in reality, Trayvon was walking home from a 7/11 after purchasing an Arizona Iced Tea and a pack of Skittles.

Emmett Till was 14. He was murdered after a woman accused him of “flirting” with her. His two murderers were the woman’s husband and brother. They forced Emmett to carry a 75-pound cotton gin fan to the Tallahatchie River. They told him to take his clothes off before gouging out his eye, beating him to death, shooting him in the head, then throwing his body, which was tied to the cotton gin fan, into the river. In 2017, the woman admitted that Emmett never touched, threatened, or harassed her in any way.

I had an American Dream once … but how can I have a dream of something that in reality is a nightmare?