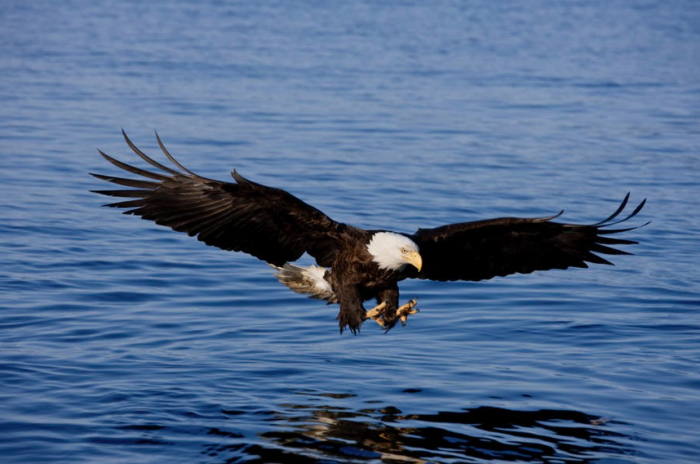 Have you heard the story about the bald eagle?

The bald eagle that flies ever so free?

Flying so close but barely touching the sea?

It wanted to be like a fish in the ocean,

But when it knew it couldn’t, it was overcome with a wave of emotion.

‘America!’ yelled the eagle flying above the sea,

It soared and soared waiting for a reply,

But all it received was the wind’s sigh.

All alone the eagle flew over the sky,

A plethora of blue for more than one to satisfy.

A lonely bird soaring among such wonders of the world,

As all the creatures under the sea are impearled.

Many of the sea animals traveling compacted like a team,

Makes the eagle want to be one of them and accomplish that dream.

The eagle realizes it longs for a mate,

Many others may be able to relate.

There was then a rumbling sound,

Which came among the endless sea and all around.

It was a single dove who flew across the sea.

It flew and flew, delighted as can be.

The bald eagle thought That will never be me.