Op-Ed: Let’s Not Move On 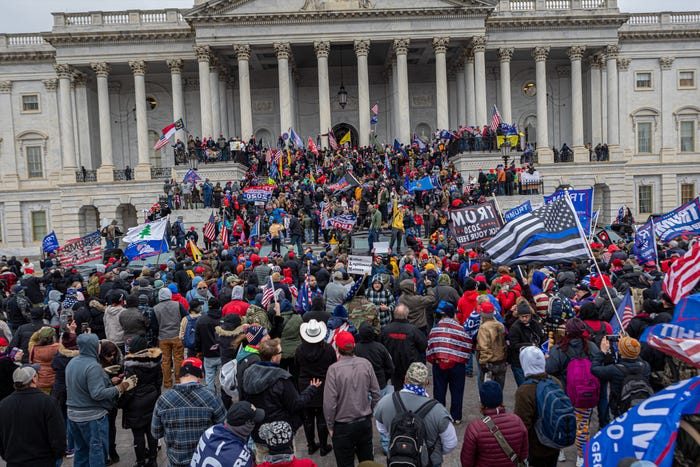 We might not realize it, but history is in the making every day, and history was made on January 6, 2021.

An attack on democracy itself was propagated by misinformation and lies spread by those at the highest levels of government. It was a dark moment for Americans nationwide to see their Capitol being ransacked and broken into. Respect for democracy and American institutions were lost, as well as respect for the system itself.

However, it seemed to lawmakers and citizens alike that the work of the government would press on. The certification of the electoral college votes was completed early the next morning. It seemed as if justice was going to be restored.

This was entirely wrong.

The FBI and other law enforcement agencies have tracked down the criminals who threatened the lives of lawmakers, but all seems to have gone back to normal after a month or two. Just like many disasters that occur in American history, public outrage is at the zenith right after the event, but steadily falls as time goes on.

Americans know this story well. It has happened with mass shootings, civil rights, and other important causes. Lawmakers say that change needs to happen in order for these events to never happen again, but they do not do anything about it.

The outrage from these lawmakers surely is genuine, but it is the fact that Americans are so willing to move on from an event that makes change so hard to achieve. Americans saw this with Republican lawmakers saying that the nation needed to move on and move forward in order to heal our divisions and find solutions. One can only find solutions, though, if they are actively looking for them. It is not something that we can simply defer for another day because that obviously brings serious consequences. It is up to the American people and lawmakers alike to find the solutions to problems within our society. Thus, it was a grave error for lawmakers and law enforcement to not investigate the causes of the riot and find permanent solutions to this issue.

One cannot simply blame Republican lawmakers for wanting to move on either, because it also takes the spotlight away from these radical groups. Unfortunately, the consequences of moving on from tough situations have marked the United States as an unchanging land. No real solutions have been brought forward for students in schools to protect them from school shooters. Nor has there been any real change to the way that policing is conducted in the United States.

One thing is for certain: Americans need to stop moving on from tragedies and work together to find solutions that work to better society. If not, we risk destroying ourselves by being negligent and unable to adequately address grave problems.