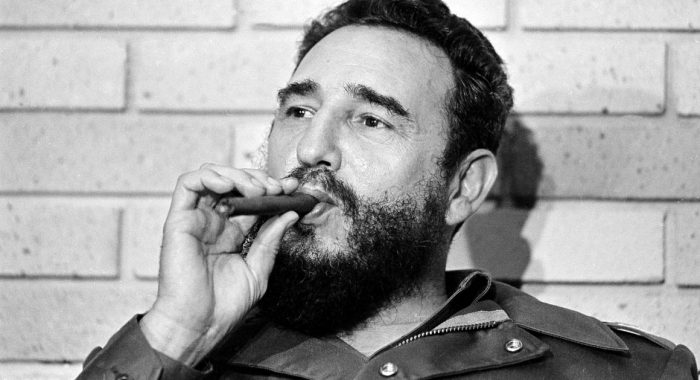 Many Cubans worldwide are now celebrating as the death of their communist dictator, Fidel Castro, sparks controversy across the world.

On November 25, 2016, on an ironically most capitalist of days, Black Friday, Fidel Castro died at the age of 90. His exact cause of death is unknown, though many media outlets are claiming he died of old age.

This is the man who had survived tons and tons of CIA assassination attempts and almost started World War III with America during the Cuban Missile Crisis of 1963. Even more so, politicians and other world leaders have commented on Fidel Castro’s death.

“The passing of a brutal dictator who oppressed his own people for nearly six decades,” Trump said. “Fidel Castro’s legacy is one of firing squads, theft, unimaginable suffering, poverty, and the denial of fundamental human rights.”

“We know that this moment fills Cubans in Cuba and in the United States with powerful emotions, recalling the countless ways in which Fidel Castro altered individual lives, families, and of the Cuban nation. History will record and judge the enormous impact of this singular figure on the people and world around him,” Obama said.

“The name of this outstanding statesmen is considered to be a symbol of an era in the modern history of the world,” Putin reportedly states.

The more controversially he spoke of Castro, the more the news media fed into the spiderweb of quotes that lurch across the Internet. Strangely enough, another source claims that Putin will not attend Castro’s funeral, contradicting his assertion that Castro was “his friend.”

As of right now, political discourse is taking place on what to do with Cuba and how to deal with its people and their leader, Raul Castro, the younger brother of Fidel.

Prom Theme Will Be NYC