Can Time Travel Ever Be Achieved? 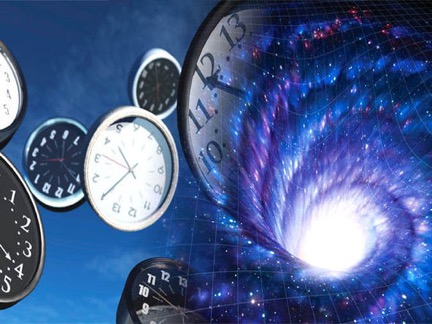 When someone thinks of science fiction, one of the most prominent thoughts they might have would be time travel. Many movies and stories revolve around this topic, such as the Back To the Future series, Futurama, The Terminator, and many other works. One major question surrounding this phenomenon is if it will ever be possible.

The Commentator went around the school and asked people the following: “If you could time travel to any moment of time, where would it be to?” We received a wide range of answers.

Senior Arlette Huesca answered, “I would go to Ancient Greece. I want to learn more about their culture and how their system of democracy works. I also want to speak with the philosophers of that era, as well as the scientists of that era.”

Senior Milan Spellman responded with  “I would go to the 90s, the period of Tupac and JLO. I feel like everything was happy during that time and I really liked their style, music, and parties.”

Junior Kyle Pangilinan answered, “The time of the dinosaurs, the prehistoric time. I would love the experience of seeing a dinosaur in person, instead of just statues and skeletons in museums.”

Now regarding the question of if time travel will ever be possible, the answer might surprise you: yes.

According to Albert Einstein, the key to time travel would be traveling at a very high speed that is close to the speed of light. Achieving this would cause time to be slowed down for that person. It would be considered time travel because what may feel like a few years of traveling, would actually be way more in actuality on Earth. It would result in the person who traveled near the speed of light to have aged significantly less compared to the people on Earth.

Wormholes connect two different points in time and space, which would also reduce the amount of time needed to travel between those two points, resulting in time travel. However, this would only allow you to travel back in time to whenever that wormhole was created, if even possible. It may be an explanation as to why we have never encountered any visitors from the future.

If you would like to get more in depth and learn more about the concept of time travel, check out https://www.space.com/37941-is-time-travel-possible.html.