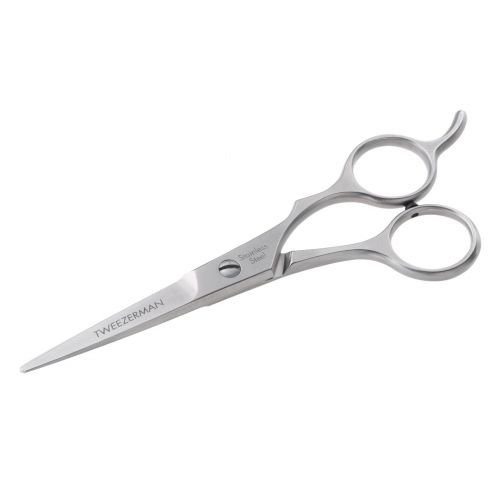 When I pictured my death, I never thought it would occur in a supply closet surrounded by dirty mops and cleaning agents. When I pictured my first school fight, I never thought I’d have to arm myself with a pair of rusty shears. I’m absolutely terrified, but somehow, not surprised. I’m aware that a school shooting can happen anywhere; I’ve read so many articles that I’ve become numb to all the pain and panic. I just never expected to become another statistic. All I could think about was my mother. How I never got to text her “I love you” before leaving my phone in class. How she would break down in hysterics knowing her mijo had fallen victim to yet another act of gun violence. How she would struggle to plan my funeral with my older brothers. Strangely, I wasn’t crying at these unsettling questions. I couldn’t tell if I subconsciously accepted my fate or if my fight or flight response had set in. Either way, I wasn’t going to let this perpetrator kill me without a fight.

Suddenly, within the silence of the hallway, I heard a door near me open. I slowly peered through the tiny windowpane of the closet and saw the library doorway ajar. Before I could see the person, I ducked under the window, attempting to stifle my intensified breathing. I heard some movement from the individual at first, and then silence. I carefully placed the shears on the ground, no longer trusting my now shaking hands. I leaned closer to the door, trying to focus my hearing over my vigorously beating heart. More movement, but in front of the door this time. I harshly swallowed the saliva that had been pooling in my mouth. I quickly removed my ear from the door, picked up the shears, and gripped them with all my might. I stared up at the closet window, waiting for the intruder’s face to appear. I imagined them smiling eerily, knowing that I was only armed with a large pair of scissors with nowhere to flee.

Then I heard sobbing. It was restrained, as if someone was trying to avoid being heard. I stood up beside the window, questions racing through my mind. What if it’s a student? What if it’s the perpetrator pretending to be a student? I didn’t even think about the situation further until I peered out the window again. I saw a boy. He was sitting against the wall, directly across from the closet door, with his eyes closed. There was a blood trail beside him, leading to the library. His varsity jacket was ripped, and there was blood all over his khakis. I could tell he had been shot in his left leg, as the redness of the blood was deeper there. I focused my eyes a bit more, and almost immediately recognized the boy’s face. It was Derek.

Derek and I were inseparable throughout freshman year, although I never quite understood how our friendship blossomed. We came from completely different worlds; we were like sugar and salt. He was a bulky, sociable, sport-playing class clown, and I was an average-bodied, artistic introvert. Our connection was strange, but we somehow made it work– until I came out. I’m not sure how our friendship faded, but I know the gradual lack of communication began after that. Then the teasing began, and I lost all respect for Derek. He turned into one of those attention-craving popular students, the ones who would bring others down because they were desperate to be liked. He never made fun of me directly, but he laughed whenever his friends did; they especially found calling me a particular derogatory name hilarious. I still can’t fathom how someone I had grown to know so well, someone who’s parents I’d met, someone who overall made me happy, could throw away a friendship for a four-year social status. It disgusted me.

I turned away from the window, wanting to leave him there, but I thought about my mother again. How she would react to me abandoning an injured person in a time of crisis. I know she would be disappointed. Devastated, even. She never raised me to be a bystander. I knew that if I opened this closet door, there was a chance I’d never see my mother again. But somehow, I didn’t care. If I survive this massacre, I don’t think I’d live with myself knowing I let a person die over silly high school drama, even if it was for a person like Derek.

I took what felt like the deepest breath I’d ever inhaled, and without thinking further, slowly cracked open the closet door. I looked down the left side of the hall, and saw it vacant; a handful of lockers were still open, and a pair of sneakers were lying a few feet from one another. I tried to see the right side through the window, but the door blocked my vision.

Feeling adrenaline pumping throughout my body, I ripped the door open as easily as I could and ran at Derek. I didn’t process the look on his face, but he flinched violently. I bent down and forcibly wrapped his large arms around my neck, and awkwardly shuffled him towards the closet. In the midst of the lumbering, I turned to the right and felt tears well in my eyes for the first time. I could see a few bodies lying haphazardly on the ground; some were encircled by pools of their own blood, others had trails from where they tried to crawl away. I closed my eyes, trying to choke down vomit. Derek was still sobbing. I could feel his kinky black hairbrush against my ear with each struggled movement. When we reached the door, he stumbled over and fell. The pair of shears also went down, hitting the marble floor with a loud clang. I shut the door as easily as I could, cringing at the amount of noise we were making. I then propped an empty trashcan against the doorknob and got on all fours to tend to Derek’s injuries. I was right; he had been shot in his left leg, and the bullet had not exited. His khakis were damp from the blood. I knew from my history of watching Grey’s Anatomy that I had to stop him from bleeding out, so I took off my hoodie and used the shears to cut off one of my sleeves.

“Shh!” I retorted, before cutting off another sleeve. “Put this in your mouth.”

When I gave him the cloth, I analyzed his face for the first time; his eyes were wild, there was blood on his forehead, and his lip was busted. He wiped his tears away and slowly took the cloth.

“Why?” he mouthed, as I began to wrap the cloth around his leg.

“Because this is going to hurt.”

Derek quickly put the cloth in his mouth.

He bit harder, and I held my hand up, counting backward from three. When I reached three, I tightened the sleeve on his leg as hard as I could. Derek winced horrifically, and let out a guttural, yet mumbled groan.

I cringed at the sight, and before I could react further, I heard the smacking of footsteps from down the hall. Derek and I froze and could tell it was coming from multiple people. Unsure if it were numerous perpetrators or help, Derek reached for the shears, and I began to tear up again. I didn’t want to die. Somehow our reflexes synched, and we both reached out for one another at the same time. Carlos embrace me with his left arm as he held the shears with his right. I was holding onto his jacket so tightly I thought my fingers might bleed. As the footsteps grew closer, I turned my head towards the door, which was then kicked open at the same time. The trash can flopped loudly, and before I could identify the individual, all I saw was a flash of white.