Opinion: The Message Within the Disaster 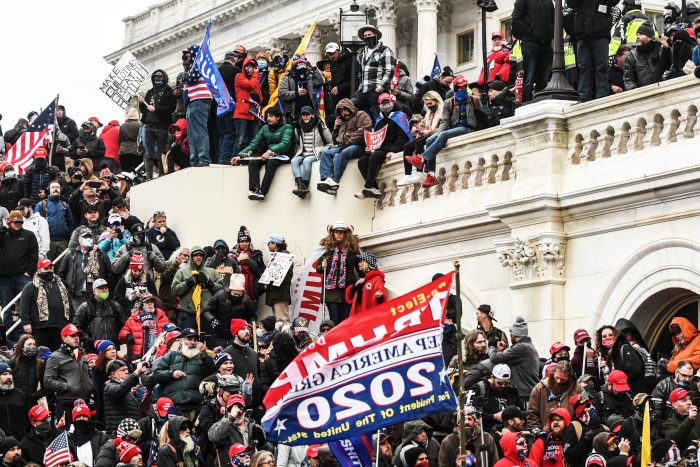 The Trumpets were blaring loud and proud!

On January 6, 2021, The United States Capitol was sieged, rioted and attacked by Pro-Trump supporters. As known by most if not all, Joe Biden was announced the winner of the Presidential Election in 2020. However, Donald Trump and his deranged supporters refuse to accept defeat. Trump supporters protested outside the nation’s Capitol, broke into it, damaged items, took photos with guards, sat in lawmakers’ chairs, and most of these people did not have a mask on. In the midst of a pandemic, the risk to contract coronavirus being amongst other people is high. This event not only caused panic amongst officials in the building but also caused immediate uproar, much of which came from those in the Black community.

In June of 2020, the Black Lives Matter movement expanded due to the death of George Floyd. The act of police brutality against African Americans had been a recurring issue that has not yet been resolved. George Floyd’s death caused multiple protests to occur because it had been a breaking point. People all over America wanted to express their emotions and strive for racial equality.

In the midst of the events and protests happening, white organizations including the KKK and Trump supporters were angry. Donald Trump posted a tweet stating, “When the looting starts the shooting starts,” which many individuals found offensive. Protests were largely peaceful and the vast majority of participants just wanted to make change. The event that occurred on January 6th, 2021 showed the United States’ true colors. How were these Trump supporters able to protest, riot, steal and break into the Capitol, a federal ground with no intense pressure or consequence? What if the roles were reversed? What if these white people were actually black? It all would have gone down very differently.

As a young black female, I shouldn’t have to worry about my safety, being racially discriminated against, or witnessing injustice to my people. Black people have been mishandled inappropriately and killed by cops multiple times. The list of victims goes on and on.

Over the summer of 2020, protests occurred and violence was brought against protesters. Protesters were trying to make a beneficial difference with no intentions to harm anyone–but President Trump called us “thugs.” The word choice was very pointed and unprofessional for a president to use. And the problems don’t end there.

At the Capitol, thousands of Trump supporters pushed past guards of a federal building and breached multiple layers of security to get indoors. Black people would’ve been SHOT trying to do the same thing. The motive behind their raid was due to their eagerness to believe Donald Trump had won the presidential election. Meanwhile, the Black Lives Matter movement’s reason was to spread awareness and fight for change where there was visibly something wrong in our system. There is an undeniable racial issue involved, and one painfully clear double standard. Trump’s army marched into the Capitol with confederate flags. Is this what America stands for?

A number of photos have been spread throughout social media of the terror and the chaos that occurred inside the Capitol. Photos include the following: a man waving while stealing a podium; a person in a chair with their feet on Speaker Pelosi’s desk; a security guard taking a photo with a rioter; a frightened black officer; tons of people facing security guards with no look of fear in their eyes; Trump flags confederate flags, flying together; and so many more horrific images.

This is reality. The photos speak more than 1000 words. They speak ignorance, violence, racism, terrorism and more that is just indescribable. I sit here and wonder if racism or violence will ever stop. It eats at my heart. It eats at my soul. Growing up witnessing history and being afraid of what could happen next doesn’t sit right with me. This event was an extreme eye opener.

Black people and people who side with the Black community need to keep remaining the strong individuals we were meant to be. WE fight for the RIGHT reasons. WE need to continue protecting ourselves and our community. WE are entitled to feel safe. This moment should’ve never taken place. However, nothing about me will change. I am unapologetically Black and absolutely proud of it. I see the country for what it is and there will be change. Change is near!