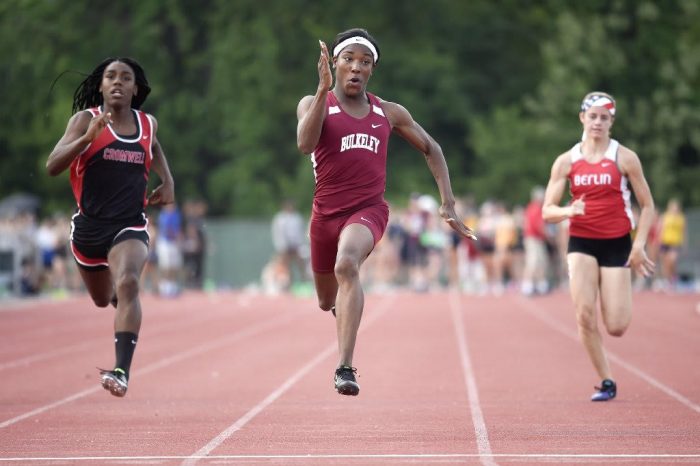 Progressivism is something that has made ripples throughout the Western World. It is generally a harmless thing that most people approve of, but when do we cross the line with the changing nature of this cultural phenomena? My case rests on a very sacred part of society: sports.

Before I can make my claims, readers must understand that this work was written in the perception of science, data, evidence, critical study, and objective truth. This is not at all meant to share a point of view of a social stance on the LGBTQ+ community. The points being made are facts that are proven with scientific evidence.

One of first transgender athletes to ever participate in a sport with the sex they identify as was Reneé Richards, a transgender woman (meaning male to female) that took part in women’s tennis in the 1970s, including the U.S. Open in 1976. She ranked among the top 25 in the league at the time.

For the era, Richards was very controversial and prompted a lot of backlash. Not a lot was known about transgenders or LGBTQ+ at all really by the general public. But Richards pulled through in her career, leaving a lasting image for transgender athletes to look up to.

That is a great historical story, but now we get to current day and we have a lot more issues with transgenders in sports, and their being transgender is not the problem per se.

Every so often, we hear about a women’s sport world record being broken, but the only catch is that they are not born as a biological man. So in short, a man is competing in women’s sports and beating them in competitions not designed for them.

Men have a biological advantage over women. Men in the United States on average are 9% taller and 16.5% heavier than women, as reported by a study done by the CDC on Mean Body Weight, Height and Body Mass Index.

And the size difference is more often than not muscle mass. With men having larger muscles in general, they already have an advantage that women don’t have off the bat, excluding testosterone.

On top of that, testosterone in adult males is naturally much higher than females. According to the CDC study on Testosterone Concentrations in US households, the average for males twenty and older is anything between 150-698 ng/dL. Meanwhile in females it’s about 7.1-49.8 ng/dL.

With men topping out at nearly ten times as much testosterone, they receive a much higher power boost than women, poking another hole in the women are as physically strong as men debate.

With all that being said, men are more than welcome to have their own feelings and urges to associate with whatever gender they want. But when people are gaining unfair advantages like using technicalities to compete and break records set by someone who is 100% biologically and physically female, it is a very far stretch from competition.

We classify sports by sex because there is a clear distinction from each other. Changing your gender, in the sense that you do very little or nothing at all to change yourself to what you are associating with, is not changing your sex. Sex cannot change, and with that all the biological implications that come with that.

Men cannot biologically become women, and vice versa. And to stop this from spiralling out of control, there should be another division of sports for people who want to change their gender to keep women’s and men’s sports fair and balanced.

This is not a call for discrimination of a group. This is a solution to a rising problem that has an answer. The only thing left to do in this situation is to try to find a fair and balanced way to give everyone their spotlight without destabilizing the integrity of our sports structure.

Is Prom Worth It?